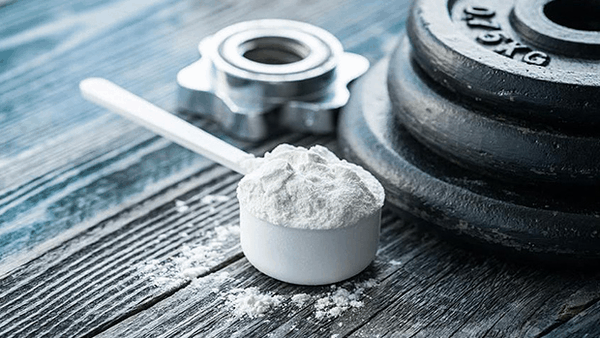 Creatine is a well-known supplement in the fitness world. It is mainly used by people who want to improve their performance during workouts.

You will find below the main information about this supplement.

Creatine is an amino acid that can be synthesized by the human body from three other amino acids (glycine, arginine and methionine) and acquired through diet, mainly through the ingestion of red meat.

In the body, it is stored inside muscle fibers, in the brain and in other organs in smaller quantities.

However, the production capacity of our body is very low, about 1 g per day. And the amount of creatine absorbed from food is not very important either.

Therefore, because of the benefits that this substance brings to the body, especially for people who practice intense physical activities, it is recommended to supplement this compound to obtain more energy and strength during training.

Creatine is a substance that is very well known to bodybuilders, because it is precisely in the skeletal muscles, which are precisely the muscles exercised during physical activities, that we find the highest concentration of this substance in our body.

However, the amount of this substance is influenced by the following factors: 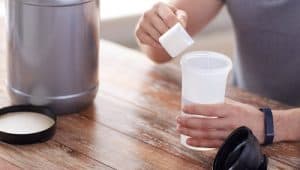 What is it used for?

Creatine is a substance of great importance in the process of producing energy used to power muscle cells. Therefore, the goal of creatine supplementation is to maximize the functions performed by muscle cells, i.e. to increase muscle strength.

Discover now 8 benefits of creatine for your body

Below are the main benefits of creatine supplementation.

How to take creatine?

The ingestion of this supplement must be done during a meal, or at the same time as food sources of carbohydrates and certain proteins capable of stimulating the release of insulin by the pancreas.

It should be noted that its consumption must be daily, whether it is a training day or not, or even a weekend.

The main purpose of creatine, as mentioned above, is to increase the strength capable of being performed by the individual.

How much creatine should be taken?

According to growth supplements, it is ideal to consume 3g of creatine per day, however several sources recommend consuming at least 5g per day.

As regards the period, in general, supplementation with this substance before training tends to promote muscle hypertrophy, while in the post-training period, the intention is muscle recovery.

In general, post-training consumption is recommended for people who have two or more daily training sessions.

How long should I take creatine?

It was previously believed that creatine could not be used for long periods of time, so supplementation was only recommended for a maximum of 10 weeks.

After this time, an interval of 2-3 weeks should be taken and then consumed again. However, scientific research has shown that creatine can be consumed indefinitely without damaging the body.

Who can take creatine?

Anyone can supplement with creatine, including beginners.

However, it should be kept in mind that the function of this substance is mainly to improve the performance of the individual and for beginners it is not so necessary as they tend to do a better workout at the beginning.

Thus, although it is accessible to everyone, it is indicated for people who have been training for some time.

What is the best creatine?

It is the most sought-after supplement in the field of sports supplementation. And although there are currently several formulations containing this substance, the most widely used formula is most certainly creatine monohydrate.

The best creatine supplements on the market by 2023.

In addition to the models mentioned above, we cannot not mention them here, because although they are as good as the others, they are a little harder to find on the local market.

Creatine has been widely used in combination with other supplements to improve their results.

The main combinations made with creatine are as follows:

The last two combinations are mainly indicated for people who do longer exercises, such as endurance.

How to accelerate the effects of creatine?

In general, the effects obtained with creatine supplementation take on average between 7 and 21 days, this is because it only begins to have an effect when creatine is able to occupy all the available space inside the muscle cell.

However, some people, in order to speed up this process, perform what we call the saturation phase, which consists of ingesting a greater amount of creatine during the first week, and after this period, the ingestion of the normal amount begins.

The strategy aims to achieve saturation of the cell space occupied by creatine and to do this, four times the recommended amount of creatine is consumed, i.e. 12-20 g per day. This amount should be divided into 4 equal portions and consumed throughout the day.

After this one-week period, the amount to be consumed is reduced to a single daily portion of 3 to 5g.

Despite a certain logic, some people think that the saturation phase is not necessary.

In the past, creatine was used with caution because many people believe it could overload the kidneys. And people who have taken supplements have increased their daily water intake.

Today we know that good hydration is fundamental for the proper functioning of the body, independently of supplementation, so it is advisable to ingest at least 35 ml of water per kilo of body.

Interaction of creatine with caffeine

One study showed that there is a negative interaction between creatine supplementation and caffeine at the same time. According to experts, doses above 2 mg of caffeine per body weight stimulate the excretion of stored creatine. Thus, the benefits obtained through this are reduced.

Therefore, it is not advisable to take creatine and caffeine supplements at the same time.

Below are the main doubts about the supplement.

No. It is not fattening or slimming. Its main function is to generate energy for the body in order to increase muscular performance during physical activities.

However, creatine storage takes place inside the cell sarcoplasm, which is the compartment designed to store muscle cell energy (glycogen). Because glycogen is a carbohydrate and has a high affinity for water, creatine supplementation can promote the process of fluid retention within the cells, giving the false impression of weight gain.

Yes, for a long time, creatine supplementation was only indicated for men. However, research has shown that this amino acid can be used by both men and women, without side effects and/or contraindications, depending on gender.

In five weeks of oral supplementation, it is already possible to observe an increase in strength in the upper limbs of athletes.

3) Is creatine good for vegans and vegetarians?

Yes, creatine supplementation cannot be carried out only by vegan or vegetarian people. Indeed, creatine is an amino acid of high biological value, very important for the proper functioning of the body. And it is known that people who follow diets with restricted protein intake have serious problems maintaining the ideal level of these substances in the body. This is why the use of creatine is recommended to them.

4) Is creatine good for the elderly?

Yes, several studies have suggested that this peptide is capable of improving health and preventing diseases such as Parkinson’s and Alzheimer’s disease. This is why its use has been recommended for the elderly, as supplementation with this substance does not cause any side effects and/or health contraindications.

Creatine is actually the champion in use at the moment, so its use has increased dramatically, especially among the male public.

However, for more information on this product, seek advice from a doctor or nutritionist, preferably one who specializes in sports nutrition. They will be able to guide you in the best possible way. Never start a creatine or other product supplement without guidance or on your own.

We use cookies to ensure that we give you the best experience on our website. If you continue to use this site we will assume that you are happy with it.Ok